This is the first Fleetwood Mac album to feature Lindsey Buckingham as guitarist and Stevie Nicks as vocalist, after Bob Welch departed the band in late 1974.

Buckingham and Nicks were introduced to the band by Keith Olsen who had produced the duo’s 1973 album Buckingham Nicks. A number of the songs on the album had been written by the duo before joining Fleetwood Mac, such as Monday Morning and Rhiannon. Both were also involved romantically when they joined the band, although they were close to breaking up, and the subsequent tension inspired the songs for their next album Rumours.

The album was recorded in the US and was produced by Keith Olsen and Fleetwood Mac.

The band promoted the album heavily by touring extensively after its release in July 1975, and it eventually paid dividends for them. After more than one year after the albums release, it reached #1 on the US Billboard 200 Albums chart and then spent 37 weeks in the Top 10 and more than 15 months in the Top 40.

Three singles reached the Top 20 in the US; Over My Head, Rhiannon and Say You Love Me.

The album also reached #23 on the UK, #3 on the Australian and #4 on the New Zealand Albums charts.

The album received critical acclaim upon release and is regarded as one of their classic albums in the most successful line-up of the band. In 2003, the album was ranked #182 on Rolling Stone Magazine's list of "The 500 Greatest Albums of All Time".

The album cover photo for Fleetwood Mac emulates all of the band's albums, in that all the band members have never fully appeared on the front cover of any of their studio albums (The Dance from 1997, being the only exception). Drummer Mick Fleetwood and bass guitarist John McVie are the only band members that are shown on the cover of this album.

This album is a limited edition 2019 reissue on white coloured vinyl with a printed inner sleeve, pressed in Europe via Reprise Records. 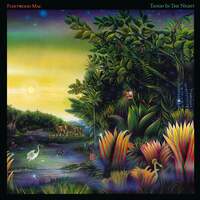 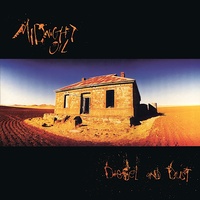