The album sees the band move to a fuller sound with progressive rock influences of old, whilst retaining their trademark wall of vocal harmonies that the band has become renowned for. A thread of the epic and devotional runs through the album.

The first single released from the album “Third of May / Odaigahara” forms the centrepiece of the album, showcasing its epic nature, upbeat and backed by a full wall of instrumentation. The opening track is "I Am All That I Need/Arroyo Seco/Thumbprint Scar" is an ambitious three-part suite that challenges with changes in rhythm and tones, whilst retaining the trademark wall of harmonies.

This is an album that will challenge the listener, ultimately rewarding the effort for its complexity and ethereal sound.

The album has received widespread critical acclaim with Metacritic assigning a normalised rating of 81 out of 100, indicating “universal acclaim”.

Timothy Monger in Allmusic sums up the album as follows: “…Orchestral, experimental, and more challenging than either of the band's previous releases, it's a natural fit for the Nonesuch label, whose heritage was built on such attributes. For Fleet Foxes, it represents a shift away from their more idyllic early days into a period of artistic growth and sophistication.”

This double album 2LP record set is on black vinyl with inner sleeves and 4 page booklet and digital download code, pressed in the US. 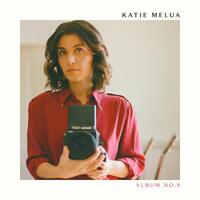