Out Loud! is the first live extended play by British blues and soul musician Michael Kiwanuka, released in April 2018 via Polydor Records.

This extended play comprises five songs recorded live at three different venues during his 2017 tour, and clocks in at about 43 minutes, which is the average duration of a regular album.

The live recordings contain many extended versions of his songs, including a nine minute version of “Black Man In A White World”.

This live EP is a definite must for inclusion in any Michael Kiwanuka fans album collection.

This extended play is a 2018 Record Store release of 3500 copies on 180 gram black vinyl and includes a download card for a bonus track, pressed in Europe via Polydor Records. 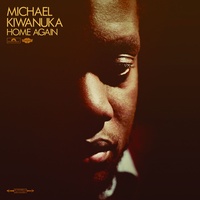