Sold For Sale is the second EP by Australian indie folk singer songwriter Didirri, released in September 2020 via Unified.

To say Australian indie troubadour Didiri has captured the hearts and minds of fans and critics alike is an understatement.

In his critically acclaimed debut EP Measurements (2018), listeners were introduced to a hopeful, assured artist.

Sold For Sale includes three tracks delivered to fans early. The sage “Don’t fight with what you’re fighting for”, the driving “Blue Mood Rising” which effortlessly displays Didirri’s vocal prowess and “Raw Stuff”, the track that put him on the world stage for Eurovision: Australia Decides.

This EP is on 12” black vinyl with a printed insert, pressed in Australia via Unified. 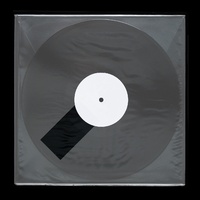