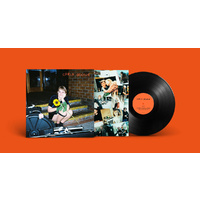 "Yesterday’s Clothes is about falling out of love with someone and feeling guilty about it. I wrote it at time when I was burning the candle at both ends and had no energy left to try to deal with the end of a relationship. Most of the words came when I was doing a long drive back from some gig or another in regional WA. I’d been up all night and had to be somewhere the next day, so I hadn’t had a shower or changed clothes. When you’re on your own driving for hours and hours it’s hard to avoid thinking about stuff that you don’t want to, so I guess I wrote the song to try to come to terms with my thoughts and situation."

With a captivating live show and relatable lyricism, Carla Geneve burst onto the WA scene in 2017. After being hailed by Pilerats as one of their '18 Artists to Watch in 2018’, her debut single “Greg’s Discount Chemist” was released to overwhelming support including love from triple j, triple j Unearthed and community radio. The single was the #1 most played track in 2018 for Perth community radio station RTRFM.

After releasing her second single “Listening” and garnering praise for her showcases at BIGSOUND, the end of 2018 saw her lead with seven nominations at the 2018 WAM Awards where she won Best Single for “Greg's Discount Chemist” and Best Rock Act.

Named one of The West Australian's Six Brightest Young Stars of 2019, this year will see the release of debut EP, solidify Carla Geneve as one of Australia's most exciting up and coming talents.

This extended play is on 12” black vinyl at 45 RPM with a printed inner sleeve and download code, pressed in Australia via Dot Dash.