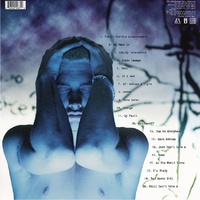 The Slim Shady LP is the second studio album by American rapper Eminem, originally released in February 1999 via Interscope Records and Aftermath Entertainment.

America's best-selling artist of the 2000s, Eminem has had ten number-one albums on the Billboard 200, selling more than 172 million albums world-wide, and making him one of the world's best-selling artists. Eminem first achieved mainstream popularity in 1999 with The Slim Shady LP, which earned him his first Grammy Award for Best Rap Album. His next two releases, 2000's The Marshall Mathers LP and 2002's The Eminem Show, were worldwide successes, each being certified diamond in U.S. and winning Best Rap Album Grammy Awards, making Eminem the first artist to win the award for three consecutive LPs.

Co-produced by Dr Dre and the Bass Brothers, The Slim Shady LP was Eminem's breakthrough album, debuting at No. 2 on the US Billboard 200 with sales of more than 283,000 copies in its first week. Following the failure of his debut album Infinite in 1996 (of which less than a thousand copies were ever made), Eminem was inspired to create the alter-ego Slim Shady which served as a vent for his frustrations. This ultimately led to the creation of the Slim Shady EP, which got Eminem airplay on Detroit radio stations and gained the interest of Interscope CEO Jimmy Iovine and West Coast hip-hop producer Dr Dre, ultimately leading the creation of Eminem's major label debut The Slim Shady LP.

Eminem's lyrics on the album are a marked departure from those found on Infinite, featuring constant references to drug use, sexual acts, mental instability, and over-the-top violence. Another departure is the use of story telling through exploration of more serious themes, such as dealing with poverty, Eminem's direct and self-deprecating response to criticism, and of marital and family difficulties. His flow is also noticeably different from Infinite where critics claimed he sounded too much like Nas and AZ.

The Slim Shady LP went on to be certified quadruple-platinum by the Recording Industry Association of America, winning a Grammy Award for Best Rap Album, and ranking number 275 on Rolling Stone Magazine's list of the 500 greatest albums of all time.

Four singles were released from the album "Just Don't Give a Fuck", "My Name Is", "Role Model", and "Guilty Conscience".

This double album 2LP record set is reissued in 2014 on black vinyl and was pressed in the US.