After the heavily distorted bass and doomsday church organ of thier debut album, the exhilarating prog rock of epic proportions on Tarkus, and the violent removal of the sacred aura of classical tunes on Pictures At An Exhibition, Trilogy features the trio settling down in more crowd-pleasing pastures. Actually, the group was gaining in maturity what they lost in raw energy.

Every track on this album has been carefully thought, arranged, and performed to perfection, a process that also included some form of sterilization. Greg Lake's acoustic ballad "From The Beginning" put the group on the charts for a second time. The adaptation of Aaron Copland's "Hoedown" also yielded a crowd-pleaser.

Prog rock fans had to satisfy themselves with "The Endless Enigma" and "Trilogy," both very strong but paced compositions.

Trilogy rightly belongs to ELP's classic period and for newcomers to prog rock it can even make a less-menacing point of entry with the production providing a lush, comfy finish to the album that makes it particularly suited for living-room listening.

Trilogy reached No. 5on the Billboard 200 and peaked at N0. 2 on the UK album charts.

Check out the tracks: “From The Beginning” and “Hoedown”. 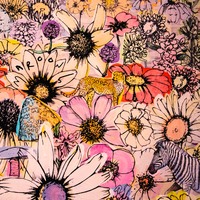