The album was recorded in 1997 with producer Chris Thomas at the helm, which would be the last album he has produced with John to date.

The album’s release was preceded by the first single “Live Like Horses” that was released as a duet with Luciano Pavarotti, however for the studio album, the song features vocals only by Elton John. The second single “Something About The Way You Look Tonight” was re-released as a double A-Side single with the recording of “Candle In The Wind 1997” soon after the funeral of Princess Diana. This propelled the song to the top of singles charts globally and has since become the biggest selling single of all time.

Two further singles were released from the album “Recover Your Soul” and “The River Can Bend”, the latter featuring a gospel choir in the choruses and at the closing stages of the song.

There are some nice songs on the album with the moving “Long Way From Happiness”, the title track “The Big Picture”, “January” with a great string arrangement, and the punchy closing track “Wicked Dreams”.

Although “The Captain” likes this album, it does feel a little over produced and lacking in the rawness and energy of some of John’s other albums, such as his 2001 release Songs From The West Coast.

This album was not released on vinyl when it came out in 1997, and in 2017 now sees it’s first release on this format.

Check out the tracks: “Something About The Way You Look Tonight”; “Recover Your Soul”; “If The River Can Bend”; “Long Way From Happiness”; and “Wicked Dreams”. 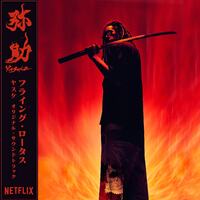