In Elton John's five-decade career he has recorded more than 30 studio albums, selling 300 million records, making him one of the best-selling music artists in the world, with over fifty Top 40 hits, including seven consecutive No. 1 US albums, 58 Billboard Top 40 singles, 27 Top 10, four No. 2 and nine No. 1. For 31 consecutive years (1970–2000) he had at least one song in the Billboard Hot 100. His tribute single, re-penned in dedication to the late Princess Diana, "Candle in the Wind 1997" sold over 33 million copies worldwide and is the best-selling single in the history of the UK and US singles charts.

This is the album that started to break Elton big in the U.S., and for good reason, as it was a more focused release than Empty Sky that smartly made Elton’s piano the main musical focus along with Paul Buckmaster’s lush orchestral arrangements. “Your Song”, arguably his signature song, became his first top 10 hit and was the album’s primary selling point, and remains a beautiful love song despite some occasionally dopey lyrics.

Outstanding album tracks and radio favorites (if not hits) include the gospel rock ballad “Border Song”, which seemingly provides a message of togetherness and brotherhood (it was later a minor hit for Aretha Franklin), and the raucous up-tempo rocker “Take Me To The Pilot”, which also features gospel-styled backing vocals and whose nonsensical lyrics John and Taupin still couldn’t explain if they tried.

Other notable tracks include “No Shoe Strings On Louise”, a lively slide-guitar based parody of The Rolling Stones’ faux country stylings, and “Sixty Years On”, which musically is all about its wonderfully theatrical orchestrations (again credit there goes to Buckmaster). It’s kind of weird that a young guy like Taupin would muse about an old neglected war veteran, but I guess Bernie was an old soul at heart, and musically the song is outstanding.

Another standout track is “The King Must Die” has fantastic drumming and Elton’s ever-improving, highly dramatic vocals also make this something of an epic finale.

Elton John was the first outing of what would become a long-lasting working relationship with producer Gus Dudgeon, and it’s a fine early offering from what became a spectacular partnership, remaining one of his best albums.

Check out the tracks: “Border Song”; “Take Me To The Pilot”; "The King Must Die"; "Sixty Years On"; "The Greatest Discovery" and “Your Song”.

This Limited Edition LP with remastered audio and reproduced original artwork is pressed in Europe on 180 gram heavyweight vinyl via Mercury Records. 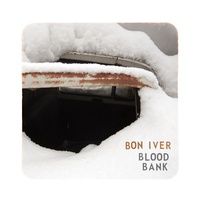 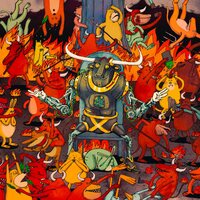