+ (plus) is the debut studio album by British singer-songwriter Ed Sheeran, originally released in September 2011 via Asylum Records and Atlantic Records.

Ed Sheeran is and English singer-songwriter and record producer who attended the Academy of Contemporary Music in Guildford, Surrey, as an undergraduate from the age of 18 in autumn 2009. In early 2011, Sheeran independently released the extended play, No. 5 Collaborations Project, which caught the attention of Elton John and Jamie Foxx. He was signed to Asylum and Atlantic Records and Elton John’s management company Rocket Management.

+ (plus) is influenced by hip-hop inspired duo Nizlopi and recording artist Damien Rice with Sheeran performing throughout the record with a small acoustic guitar, with "no band" and "no beats". The record features "chipper" beats with staccato guitar riffs throughout. It differs between genres, with tracks such as "Grade 8" showing R&B influences, garnering comparisons to Bruno Mars, while the album also features folk-hop inspired tracks such as "Drunk", a "self-pitying, doomed attempt to resurrect a lost relationship". Lyricism also derives from Sheeran's own "self-doubt" heard in tracks such as "Wake Me Up" and "Kiss Me", which has been compared to musician Van Morrison. The record also visits a "darker side" on tracks such as "The City", which depicts homeless street-life and features Sheeran beat-boxing. The album concludes with the tracks "Give Me Love" and the folk-style hidden-track "The Parting Glass".

Jake Gosling produced the majority of the album, with additional production by American hip hop producer, No I.D..

The album received generally favourable reviews upon release. Andy Gill of The Independent gave the album four stars out of five, finding that Sheeran was right to follow his own "instincts" and not conform to mainstream pop music, saying: "if he had followed the advice to tone down the crackhead portrait of 'The A Team', Sheeran might have wound up with a respectable, if predictable, career as a mainstream folkie singer-songwriter rocking the outer reaches of Radio Two" but found his "nimble hip-hop delivery rides a slick R&B groove" and his "blue-collar sensibilities cut through" after not attending schools such as the Brits school.

The album was a huge commercial success peaking at #1 on the UK, #1 on the Australian and # on the US Albums charts and has sold more than 4 million copies worldwide.

Check out a couple of tracks from the album:  The A Team; You Need Me, I Don’t Need You; Lego House; Drunk; Small Bump; Wake Me Up; and Give Me Love.

This LP record is on black vinyl, pressed in Europe. 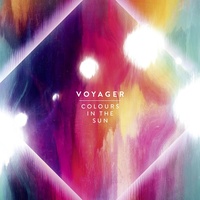