Eagles Live is the first live album by the American rock group the Eagles, originally released in November 1980 via Asylum Records.

This album was released as the band was in the process of going on hiatus and they owed Asylum Records another album to fulfil their contractual obligations.

The material for this double album was taken from live recordings in October 1976 and July 1980, in which the band had different line-ups with Timothy B. Schmit having replaced Randy Meisner who had left the band in 1977.

Eagles Live features live recordings from California venues including The Forum, Santa Monica Civic Auditorium, and Long Beach Arena. These live performances are from the peak of their career, spanning 15 recordings from between 1976 and 1980. The live show includes some of Eagles’ biggest hits featuring “Hotel California”, “Desperado”, “Take It Easy” and “Take It To The Limit” sung by Randy Meisner.

The recording of overdubs and final mixing process to complete the album was reported to be long and arduous.

Despite the lengthy genesis for the album, the double vinyl album was a commercial success reaching #6 on the US Billboard 200, #24 on the UK and #3 on the Australian albums chart.

This double album 2LP record set is a 2021 reissue on 180 gram black vinyl housed in an embossed gatefold sleeve with printed inner sleeves and poster, pressed in Germany via Asylum Records. 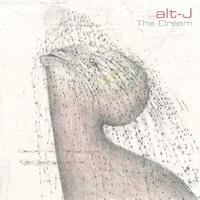