From The Vault – The Marquee Club (Live 1971) is a live album by English rock band The Rolling Stones, released in June 2015 via Rolling Stones Records and Eagle Rock.

The Marquee Club (Live 1971) has been a sought-after, rare club performance from The Rolling Stones in 1971 filmed at London’s iconic Marquee Club finally sees the light of day, after almost two decades of being stored away in an attic.

This remarkable performance was filmed for US television in 1971, shortly after the Stones had completed their 1971 Farewell Tour of the UK, and a month before the release of the album Sticky Fingers.

This is a must for any Stones fan with excellent remasterd sound and the DVD featuring carefully restored footage and sound, including 5.1 surround sound. The packaging for the LP/DVD combo package deserves bonus points, as the gate fold is packed with vintage photographs, advertisements and newspaper clippings. In short, Marquee Club Live in 1971 is one of the best entries yet from the Stones’ From the Vault series.

Check out the album tracks: “Dead Flowers” and “Bitch”.

This Limited Edition LP with DVD is pressed in Europe on black vinyl housed in a gatefold sleeve via Eagle Rock, featuring restored footage and newly mixed audio. 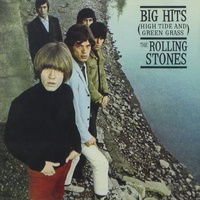