A Diamond In The Mind Live 2011 is a live album by British rock band Duran Duran, originally released in July 2012 via Eagle Records.

Duran Duran are an English new wave, synth-pop band formed in Birmingham in 1978 by keyboardist Nick Rhodes and bassist John Taylor, with the later addition of drummer Roger Taylor, and after numerous personnel changes, guitarist Andy Taylor and lead singer Simon Le Bon. These five members featured in their most commercially successful line-up. The group has never disbanded, but after separation of Andy Taylor in 1986, the line-up has changed to include former Missing Persons American guitarist Warren Cuccurullo from 1989 to 2001 and American drummer Sterling Campbell from 1989 to 1991. The reunion of the original five members in the early 2000s created a stir among the band's fans and music media. Andy Taylor left the band once again in mid-2006, and guitarist Dom Brown has since been working with the band as a session player and touring member.

Recorded at the MEN Arena in Manchester, Duran Duran makes it clear that they haven’t aged a bit since their glory days in the 80s.

This live album captures the band performing their classics such as “A View To A Kill”, “Ordinary World”, “Wild Boys” and “Rio”, as well as tracks from their most recent album at that time All You Need Is Now (2010), produced by British-American musician, songwriter and producer Mark Ronson.

The concert bursts with energy and its recording is being reissued on 180 gram double vinyl including the LP bonus track “Is There Something I Should Know?”

This double album 2LP record set is a 2020 reissue on 180 gram heavyweight black vinyl housed in a gatefold sleeve, pressed in Germany via earMusic. 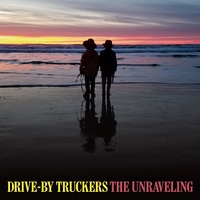