This album is a limited edition 2021 reissue on translucent blue coloured vinyl with a download code, pressed in Australia via Dot Dash. 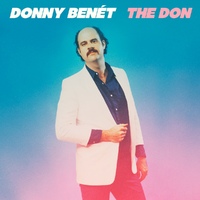