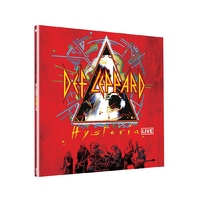 Hysteria Live is a live album by British hard rock band Def Leppard, released in May 2020 via Eagle Rock Entertainment.

Recorded on 6th December 2018, Hysteria Live captures Def Leppard celebrating the ground-breaking Hysteria, one of their two diamond-certified 10x platinum albums (the other being Pyromania).

Performed in its entirety before a ravenous sold-out crowd, this momentous homecoming event is made all the more powerful as it was their long-awaited debut at the iconic O2 Arena in London.

Hysteria released in August 1987, is Def Leppard's best-selling album to date, selling over 20 million copies worldwide, including 12 million in the US, and spawning seven hit singles. The album charted at number one on both the US Billboard 200 and the UK albums charts. 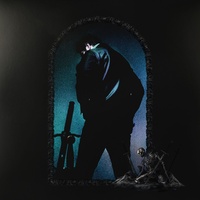