On an Island is the third solo album by British musician David Gilmour, released in March 2006 via EMI Records and Columbia Records.

It was his first solo album in twenty two years since 1984's About Face and twelve years since 1994's Pink Floyd album The Division Bell.

Much of the album was recorded in Gilmour's private studio aboard his houseboat Astoria.  Other sections were recorded at David's farm in Sussex and Mark Knopfler's British Grove Studios

Orchestrations on the album were arranged by noted Polish film composer Zbigniew Preisner and conducted by Robert Ziegler. The orchestra was recorded at Abbey Road Studios by Simon Rhodes.

The album also produced two singles; the title track On an Island (which peaked at #27 on the Billboard Mainstream Rock Tracks chart) and Smile (peaking at #72 on the UK Singles Chart).

Promo Single edits of Take a Breath and This Heaven were issued to coincide with the US leg of the tour, while "Smile" was the second single in the UK.

On an Island entered the UK charts at #1, giving Gilmour his first ever chart-topping album outside of Pink Floyd. It reached #1 on the European Chart, and #2 in Canada, Portugal and Iceland. It has also provided Gilmour with his first US Top 10 album, reaching #6. The album has sold over 1,000,000 copies worldwide.

This LP Record is a Reissue on 180 Gram Vinyl housed in a Gatefold Sleeve with Inner Sleeve and Poster, pressed in Europe. 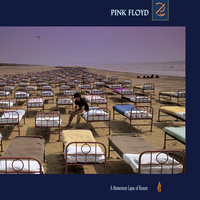