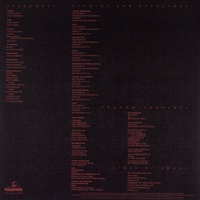 Young Americans has always occupied a troublesome niche in Bowie’s catalogue, not least because Bowie himself has changed his own opinion toward it many times in his career. The back-of-fag-packet-précis for the album is simple: rock star kills creation (Ziggy Stardust) that gives him the success he had so long craved and headed off to America to immerse himself in the music that had been his first love – R&B.

Bowie had dropped hints during the Diamond Dogs tour that he was moving toward R&B, but the full-blown blue-eyed soul of Young Americans came as a shock.

Young Americans is a stylistic postcard of all the music that was absorbing Bowie at the time, however is not a straightforward reading of soul.

As the more personal and open Bowie appears to be as he emotes throughout, the more distant he becomes. As a result of this detachment, Young Americans can be seen as, overall, slightly peculiar, but how wonderfully peculiar it is – for example, “Young Americans”, simply a masterpiece, the luscious “Can You Hear Me?”, (arguably one of Bowie’s greatest self-penned ballads); the widescreen aspirations of the title track; and Bowie’s finest foray into funk, “Fame”, are among his very best work.

Young Americans dabbled in all Bowie's then commonplace themes of loneliness, despair and alienation, but, because it has lite-jazz saxophonist David Sanborn and, in his first major recording session, Luther Vandross on it, it somehow comes with a permanent shrug of dismissal always being placed well below the Ziggy era and the Berlin trilogy.

Young Americans holds it’s own place in the ever evolving world of David Bowie. It confused people at the time, but it’s without doubt brilliant and essential Bowie.

Check out the tracks: “Young Americans” ; “Fame” and "Can You Hear Me".

This Limited Edition LP with remastered audio and reproduced original artwork is pressed in Europe on 180 gram heavyweight vinyl, reissued in February 2017 via Parlophone Records. 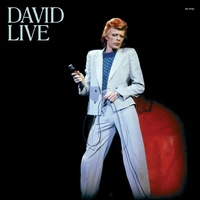