Share:
$105.00
In Stock
This album must be collected from Captain Stomp Records physical shop.

A Reality Tour is the ninth live album by British musician David Bowie, originally released in January 2010 via ISO Records.

David Robert Jones (1947 – 2016), better known by his stage name David Bowie, was an English singer, songwriter and actor. For over five decades, he was regarded by critics and musicians as an innovator, particularly for his work in the 1970s. His career was marked by reinvention and visual presentation, his music and stagecraft significantly influencing popular music. During his lifetime, his record sales, estimated at 140 million worldwide, made him one of the world’s best selling music artists.

The most surprising thing about A Reality Tour, a live album documenting David Bowie’s titular 2003-04 tour, is that the Thin White Duke still sounds like the Thin White Duke. At the time of this recording, Bowie was 56 years old. Yet, listening to this recording, the man barely sounds a day past Station To Station. Bowie remains vital, spry, and preternaturally alluring. As always, he has surrounded himself with a stellar band that includes two of his greatest accomplices: pianist/keyboardist Mike Garson and guitarist Earl Slick. Over the course of two and half hours, Bowie and his band rip through 33 tracks that include his biggest hits (“Under Pressure” and “Rebel Rebel”) and deepest cuts (“Fantastic Voyage” and “Be My Wife”).

Another surprising thing about this album: many of Bowie’s newest compositions sound just as potent as the obligatory warhorses. While Reality - Bowie’s then most recent album and the impetus for the tour - was certainly a solid LP, it’s nevertheless a shock that some of the best cuts on A Reality Tour (“New Killer Star” and “Never Get Old”) are from that album. Some of the selections from 2002’s Heathen (“Sunday” and “Afraid”) also benefit from the live context. Listening to A Reality Tour makes one thing abundantly clear: like Dylan, Bowie’s most recent material is worth giving a damn about.

Bowie revels in reclaiming material that he wrote for others (Iggy Pop’s “Sister Midnight” and Mott the Hoople’s “All The Young Dudes”) as well as covering those he admires (Pixies’ “Cactus”). During “Cactus”, he momentarily segues into T. Rex’s “Bang A Gong (Get It On)” as if he wanted to pull back the epidermis and expose the DNA connecting T. Rex, himself, and the Pixies. The biggest treat on A Reality Tour is hearing Bowie put his own stamp on the lurching, menacing “Sister Midnight”. Somehow, he manages to sound more lecherous than Iggy Pop.

After 37 years of wear and tear, you might expect “Five Years” to falter a bit, but it still absolutely soars. Bowie nails the resignation in the song’s direful lyrics, which feel heavier now than ever.

Elsewhere, the songs that you expect to deliver do just that. It might be impossible to stuff up songs like “Ashes To Ashes” and “Heroes”, but there isn’t a second of either that feels phoned in. Bowie belts them out like his next breathe of life depends on it.

No tracks from Aladdin Sane or Station to Station on here, which is a shame, but regardless, A Reality Tour does what any great live album should: it fills you with envy if you missed the tour or serves as a superb audio keepsake if you made the tour.

Towards the end of “Rebel Rebel”, the audience suddenly swells up to deliver the song’s immortal line: “Hot tramp, I love you so!”  On A Reality Tour, Bowie proves that love is well-earned.

Captain Stomp was very lucky to have seen David Bowie on his Reality Tour in March 2004 in Singapore. He sounded amazing and looked so fit, that it was a huge surprise that he should have fallen ill later that year on tour, resulting in this being the last time he toured the world. We were very blessed to have seen him perform live sounding so good and obviously enjoying playing live with his fantastic backing band.

Check out the tracks: “Heroes”; “Rebel Rebel”; “New Killer Star”; “All The Young Dudes” and “Ashes To Ashes”.

Now available for the very first time on vinyl!

This 2016 triple LP Box Set on translucent blue 180 gram heavyweight vinyl, with posters and bonus tracks is pressed in Europe. 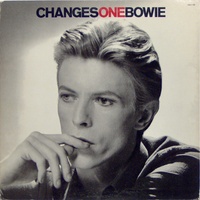