After the break up of his iconic Australian 1970s band Sherbert in 1984  and the release of his debut solo studio album Out On The Fringe (1979), Daryl Braithwaite left the music industry for a while working as a building labourer. In 1988 he commenced recording a comeback album with producer Simon Hussey.

They produced a more adult orientated sound for the album and the results were spectacular. The sound is very 1980s with gated reverb used on the drums, liberal use of keyboards and guitars. The lead single “As The Days Go By” is a really strong song with a memorable chorus that raced up the singles chart peaking at #11 in Australia, #49 in New Zealand and charting in the UK at #144.

The second single “All I Do” charted in the Australian Top 30 with its slow pulsing drum beat (reminiscent of the Genesis / Phil Collins sound), again with another memorable chorus. The third single “One Summer” became the biggest hit from the album (peaking at #8 on the Australian Singles chart) again with a wonderful chorus, which has become the staple of classic rock radio in Australia. Two further singles followed, “Let Me Be” and “Sugar Train”.

The album is filled with strong songs such as “Sugar Train”, “You Could Be Wrong” and “Pretending To Care” with its organ adding to the emotion and drama of the song. It remains one of his strongest solo albums, a classic Australian album.

The album itself peaked at #1 in Australia, his highest charting album to date.

This LP record is a 2017 reissue on blue vinyl with inner sleeve, pressed in Australia via Sony Music. 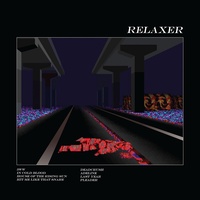