If anything, CCR's third album Green River represents the full flower of their classic sound initially essayed on its predecessor, Bayou Country. One of the differences between the two albums is that Green River is tighter, with none of the five-minute-plus jams that filled out both their debut and Bayou Country, but the true key to its success is a peak in John Fogerty's creativity.

Although CCR had at least one cover on each album, they relied on Fogerty to crank out new material every month. He was writing so frequently that the craft became second-nature and he laid his emotions and fears bare, perhaps unintentionally. Perhaps that's why Green River has fear, anger, dread, and weariness creeping on the edges of gleeful music.

This was a band that played rock & roll so joyously that they masked the, well, "sinister" undercurrents in Fogerty's songs. "Bad Moon Rising" has the famous line "Hope you've got your things together/Hope you're quite prepared to die," but that was only the most obvious indication of Fogerty's gloom. Consider all the other dark touches: the "Sinister purpose knocking at your door"; the chaos of "Commotion"; the threat of death in "Tombstone Shadow"; you only return to the idyllic "Green River" once you get lost and realise the "world is smolderin'."

Even the ballads have a strong melancholy undercurrent, highlighted by "Lodi", where Fogerty imagines himself stuck playing in dead-end towns for the rest of his life. Not the typical thoughts of a newly famous rock & roller, but certainly an indication of Fogerty's inner tumult.

For all its darkness, Green River is ultimately welcoming music, since the band rocks hard and bright and the melancholy feels comforting, not alienating. 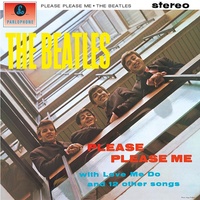