Corb Lund is a Canadian Western and Country singer-songwriter from Taber, Alberta, Canada. He has released nine albums, three of which are certified gold. Lund tours regularly in Canada, the United States and Australia, and has received several awards in Canada and abroad.

Corb Lund embraces his rich and rustic western heritage with a style that’s unique, honest and resolute, while touching on a range of cowboy themes — from rough-and-tumble tales of lawless frontier saloons, to the sombre realities of running a modern family ranch. As a descendant of many generations of rodeo contestants and ranchers, he sings about a life that he and his ancestors have lived themselves, paired with his quick-witted, wry observations of today’s world.

As a result of his heritage and the ten years he spent touring the world with his indie rock band, Corb’s writing resonates emphatically with rural and urban audiences alike. It’s a classic sound with a twist, something of a rarity these days, but one that evokes the spirit of the American West, past and present.

Corb Lund’s new studio album, Agricultural Tragic, finally puts a name to the genre he’s been embodying all of these years.

This album is a limited edition on 150 gram coke bottle clear coloured vinyl, pressed in the US via New West Records. 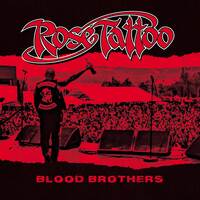