The Commodores founding members met at college in the late 1960s and caught the attention of the public whilst supporting the Jackson 5 on tour in the early 70s. They were signed by Motown Records in 1972, and their most commercially successful period was in the late 1970s and early 1980s whilst Lionel Richie was co-lead singer. Richie left the band to pursue a solo career in 1982.

Commodores became their first Top 5 pop album in the US, reaching #3 on the Billboard 200 Albums chart. The album was also a big success in the UK, reaching #11 on the UK Albums chart, where it was released with a different name Zoom.

The ballad “Easy” became a global hit, reaching #4 on the US Billboard Hot 100 and #9 on the UK Singles charts. The second single ”Brick House” was equally successful and has gone on to become somewhat of an anthem for the band.

It is exciting to see this album being reissued on vinyl in 2017.

This LP record is a 2017 reissue on black vinyl with reproduced artwork, pressed in the US. 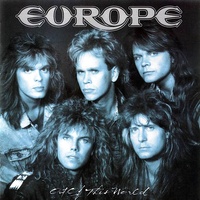