Colter Wall started learning guitar at the age of 13, playing music of rock bands such as AC/DC and Black Sabbath and Led Zeppelin. Later he became interested in old blues artists, and then started to listen to folk music. He described his music as a blend of blues, folk and Americana.

He has a voice that belies his young age, sounding like he has emerged after a long career in the music, mature and rich in tone that sound reminiscent of 1960s classic recording artists. The music of Colter Wall has sound tracked movies such as Hell or High Water, Peanut Butter Falcon, and Deadwood, in addition to TV series Damnation and HBO’s Run, while catching the ears of celebrities, critics, and fans worldwide.

This album is on black vinyl with a 4 page lyric insert, pressed in the US via La Honda and Thirty Tigers. Colter Wall - Songs Of The Plain 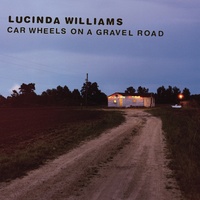