After recording "Reflection", the theme song for Mulan, RCA Records laid the foundation for the album immediately and started presenting Aguilera with tracks for her debut album. Its music incorporates dance-pop and teen pop genres, with a few songs featuring strong elements from soul and R&B.

Christina Aguilera earned Aguilera the Grammy Award for Best New Artist at the 42nd Annual Grammy Awards. The album debuted at #1 on the US Billboard 200 albums charts and has gone onto sell more than 9 million copies in the US alone. Her debut remains Aguilera's best-selling album with sales of over 14 million copies worldwide.

The album was promoted by four singles. "Genie In A Bottle" was released as the lead single from the project and peaked atop the charts of twenty one nations, including the US Billboard Hot 100 singles chart. Three subsequent singles additionally became top ten charting hits: "What A Girl Wants", "I Turn To You", and "Come On Over Baby (All I Want Is You)".

This album is a 20th Anniversary limited edition reissue on picture disc vinyl with a download code, pressed in Europe via RCA Records. 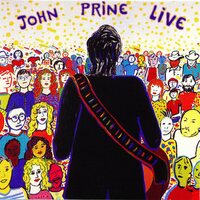