Originally released in 1978, this LP was filled with hit singles, funk madness and probably some of the finest rock, funk and soul beats ever waxed in a studio including chart toppers "Le Freak" and "I Want Your Love".

C'est Chic was the band's most commercially successful album, reaching #4 on the US Billboard 200 album chart and topping the US R&B chart for eleven weeks. C'est Chic was Billboard's 1979 R&B Album of the Year, claiming the number one spot on Billboard's Year End Review. The album was certified platinum by the RIAA, selling over a million copies. In the UK it peaked at #2 and has been certified Gold by the BPI.

This album is a 40th Anniversary reissue on 180 gram vinyl featuring half speed remastered audio at Abbey Road Studios, with an OBI strip and printed inner sleeve, pressed in Europe via Atlantic Records. 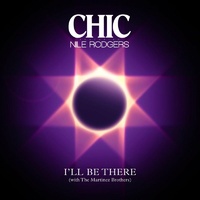