Surrender Of Silence is the twenty-sixth studio album by British musician Steve Hackett, released in September 2021 via Inside Out Music.

As the guitarist of English progressive rock band Genesis from 1971 to 1977, Hackett contributed to six Genesis studio albums, three live albums and seven singles before leaving to pursue a solo career. His first solo album, Voyage of the Acolyte was certified Silver in the UK in 1975, while still a member of Genesis. After four solo albums in the 1970s, Hacket's musical style changed with 1981's Cured which shifted from progressive rock, more to pop.  He gained quite a following in Europe, especially Scandinavian countries, where his first four post-Genesis solo albums all entered Top 30 on the album charts. He was inducted into the Rock and Roll Hall of Fame as a member of Genesis in 2010.

Surrender of Silence’ is the brand-new studio album from legendary guitarist Steve Hackett. As with his acoustic album from earlier this year, this too was recorded during lockdown and involving several musicians and singers contributing from around the world.

“Lockdown cobwebs are blown away in one fell-swoop here”, says Steve... “With the monster rhythm section of Jonas Reingold, Craig Blundell, Nick D’Virgilio and Phil Ehart along with Rob Townsend’s soaring sax and bass clarinet, Nad Sylvan, Amanda Lehmann and myself on vocals, Roger King’s darkly powerful organ and my guitar, we plunge full-pelt into that wild release of energy”...

“Alongside the heaviness is that constant need to explore and blast through boundaries. We’re starting to embrace life again. We can’t travel everywhere just yet, but this album travels around the world from the Far East to Africa, with the beautiful vocals of Amanda plus Lorelei and Durga McBroom, Ubaidulloev Sodikhorn’s extraordinary dutar and Malik Mansurov’s exotic tar... all bound together with Roger’s beautiful orchestral textures, highlighted by Christine Towsnend’s sublime violin and viola.”

This double album 2LP record set is on 180 gram black vinyl housed in a gatefold sleeve with a printed booklet, etching on Side D and a CD album copy, pressed in Germany via Inside Out Music. 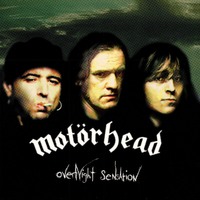