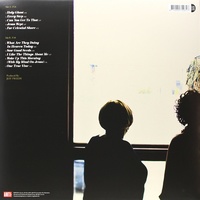 Mavis Staples is an American rhythm and blues and gospel singer, actress, and civil rights activist. She has recorded and performed with her family's band The Staple Singers, and also as a solo artist.

Staples was born in Chicago in 1939 and began her career with The Staple Singers in 1950. Initially singing locally at churches and appearing on a weekly radio show, the Staples scored a hit in 1956 with "Uncloudy Day". When Mavis graduated from high school in 1957, The Staple Singers took their music on the road. Led by family patriarch Roebuck "Pops" Staples on guitar and including the voices of Mavis and her siblings Cleotha, Yvonne, and Purvis, the Staples were called "God's Greatest Hitmakers."

With Mavis' voice and Pops' songs, singing, and guitar playing, the Staples evolved from enormously popular gospel singers to become the most spectacular and influential spirituality-based group in America. By the mid-1960s The Staple Singers, inspired by Pops' close friendship with Martin Luther King, Jr., became the spiritual and musical voices of the civil rights movement. The Staples sang "message" songs like "Long Walk To D.C." and "When Will We Be Paid?", bringing their moving and articulate music to a huge number of young people. They also covered contemporary pop hits with positive messages, including Bob Dylan's "A Hard Rain's a-Gonna Fall" and a version of Stephen Stills' "For What It's Worth".

Mavis Staples and Jeff Tweedy proved to be such a good match on 2010’s You Are Not Alone - the album won a Grammy in the category of Best Americana Album - that the two opted to do it again. Not tremendously different from that set, One True Vine does involve a slightly different core line-up. Tweedy's teenaged son Spencer on drums instead of Stephen Hodges, and Tweedy, rather than Jeff Turmes, handles all the bass duties (among several other instruments).

The album features another assortment of covers and new material. Its quieter, reserved, slightly darker mood is tipped off with a cover of Low's "Holy Ghost". Mavis' characteristically arresting voice, supported by Mark Greenberg's lightly touched Wurlitzer and a hushed backing vocalist trio of Tiffany "Makeda" Francisco, Kelly Hogan, and Donny Gerrard, sounds like it could have been recorded during a 2 a.m. service.

Early Funkadelic classic "Can You Get To That" - the most inspired choice of the Tweedy sessions - is straightforward with slightly goofy vocals from Tweedy and Gerrard. Nick Lowe's contribution, "Far Celestial Shore", can be identified quickly, yet it's not out of place among Tweedy's three originals or the two songs within the public domain. A new version of "I Like The Things About Me" (aka "I Like The Things About You") swaps twanging guitar for buzzing bass and has deeper resonance with Mavis singing lead than the Pops-fronted original heard on The Staple Swingers.

Throughout, Tweedy and company give Mavis even more room than on You Are Not Alone. The grip is instant, hard to break.

Check out the tracks: “Holy Ghost”; “Far Celestial Shore” and “Can You Get To That”.

This LP with a printed inner sleeve and CD copy of the album is pressed in the USA on black vinyl.