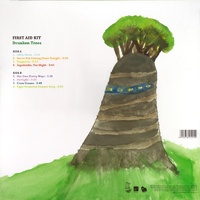 Drunken Trees is the debut EP Swedish folk duo First Aid Kit, originally released in April 2008 via Rabid Records in Sweden and Wichita in the UK.

The Drunken Trees EP was produced by their father and was a re-recorded collection of songs from their MySpace site originally called "Cross Oceans". Their first appearance on Swedish TV was also made in early 2008, to coincide with the release of the EP.

The duo uploaded their cover version of "Tiger Mountain Peasant Song" by Fleet Foxes to YouTube. Robin Pecknold, frontman and lead guitarist for Fleet Foxes, noticed the duo's message about the video and praised the song on his band's webpage with multiple exclamation marks, causing a surge of popularity of the video. This led to First Aid Kit becoming internationally known, and them signing with Wichita Records at the end of 2008.

Check out the tracks:  “Own Pretty Ways”; “You’re Not Coming Home Tonight”; Jagadamba, You Might”; and “Tiger Mountain Peasant Song”.

This 12” EP is on 180 gram white vinyl with a printed inner sleeve and CD album copy, pressed in the UK via Wichita. 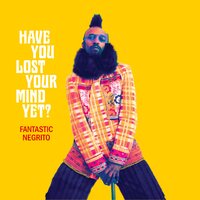