Synthesis is the fourth studio album by American rock band Evanescence, originally released in November 2017 via BMG in the US and Sony Music in Europe.

Synthesis includes reworked versions of the band's previous material with an orchestral arrangement and electronica music elements, in addition to two new songs; “Hi-Lo” and “Imperfection”.

David Campbell was responsible for the string arrangements, along with Amy Lee and producer William Barry "Spaceway" Hunt. Campbell conducted the orchestra for the recordings.

In order to promote the new material, Evanescence embarked on the Synthesis Tour, which opened on 14 October 2017, in Las Vegas and continued in cities across the United States and Canada until December. This tour would be documented in the Synthesis Live concert recording released on DVD and as a live album.

The album received generally favourable reviews upon release and reached #8 on the US Billboard 200, #23 on the UK and #6 on the Australian albums charts.

This double album 2LP record set is on black vinyl housed in a gatefold sleeve with printed inner sleeves and a CD album copy, pressed in Europe via Sony Music. 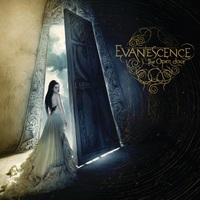