Pearls: Songs Of Goffin And King is the eleventh studio album by American singer-songwriter Carole King, originally released in 1980 by Capitol Records.

King’s solo career peaked in 1972 with Rhymes And Reasons, and her LPs since then steadily declined in quality, even while Tapestry (1971) continued to rack up record-breaking sales.

So Pearls was possibly her most important work since Tapestry, and why a similar album didn't follow Tapestry or follow-up, Music, was a marketing blunder and a mystery.

Nine of the ten cuts on Pearls are re-recordings of oldies. "Dancin' With Tears In My Eyes" opens the collection, a pleasant new addition to their repertoire, and next to "Locomotion", "One Fine Day", "Chains", and "Snow Queen", its purpose is more to bring the album full circle than to try to compete with these classics.

Pearls: Songs Of Goffin And King is the set the artist's long-time fans craved when Tapestry made her more than a household name. This album deserves its place right next to Tapestry.

Check out the tracks: “One Fine Day”; "Locomotion"; "Dancin' With Tears In My Eyes" and “Snow Queen”. 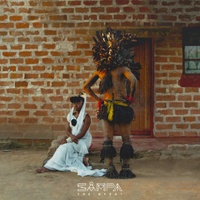