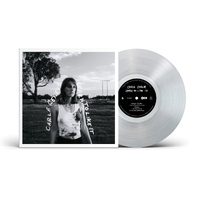 Learn To Like It is the debut studio album by Australian singer songwriter Carla Geneve, released in May 2022 via Dot Dash and Remote Control Records.

Perth-based, Albany-native Carla Geneve is proud to release her debut album ‘Learn To Like It’, out via Dot Dash Recordings/Remote Control Records.

‘Learn To Like It’ serves as a reflective statement of an artist finally coming into her own whilst simultaneously navigating the trials and tribulations of self-discovery and personal growth.

From humble beginnings in the small south-west town of Albany to a rapid ascent wrapped up in two years of prolific touring, accolades and international acclaim - a period that was also accompanied by the chaos of adolescence, heartache and coming to terms with an undiagnosed mental illness – ‘Learn To Like It’ is an emotional catharsis of forging identity through hardship and the light at the end of the tunnel rewarded by hopeless optimism.

Whilst serving mostly as a biographical reflection of the 22-year-old’s own life experiences, the record is ultimately an exercise in finding strength through vulnerability and pure, raw and honest emotion. On the process of using songwriting as an emotional release, Geneve states that it was “...very much a way for me to make sense of and explain my emotions to myself. These songs came at a time that I was coming to terms with the positives and negatives of medication, as well as the reality of having to gather the mental strength to push through hardship.”

This album is a limited edition of 200 copies on clear coloured vinyl housed in a gatefold sleeve with a download code, pressed in Australia via Dot Dash.