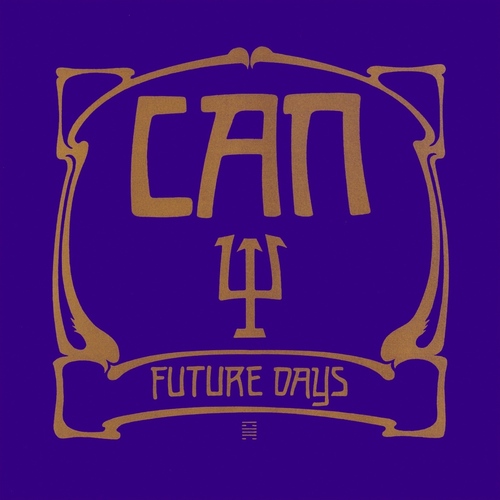 Future Days is the third studio album by German progressive rock band CAN, originally released in August 1973 via United Artists.

Future Days was the last CAN album to feature vocalist Damo Suzuki.

On Future Days, the band explored the ambient direction they had introduced into their sound on the previous year's Ege Bamyasi, creating a landmark in European electronic music.

Future Days is fiercely progressive, calming, complex, intense, and beautiful all at once.

The album cover shows a Psi sign in the middle (drawn in the same style as the font used for the cover) and the I Ching symbol ding/the cauldron below the title. The surrounding graphics are based on the Jugendstil art style.

The album was ranked #8 on Rolling Stone's 50 Greatest Prog Rock Albums of All Time list, and Colin Larkin, editor of the Encyclopedia of Popular Music, rates this album with a 5 stars (“outstanding”), which means that this album is an essential for any record collection.

This album is a 2021 reissue on gold coloured vinyl housed in an embossed sleeve with remastered audio, printed inner sleeve and download code, pressed in Europe via Spoon Records.