In Contact is fourth studio album by Australian progressive metal band Caligula’s Horse, released in September 2017 via Inside Out Music.

In Contact is the first album to feature rhythm guitarist Adrian Goleby and drummer Josh Griffin, and the last to feature bassist Dave Couper.

As with their second album ‘The Tide, the Thief & River’s End,’ the band decided to hang a concept around the entire record, taking it in a direction that would end up being the opposite of its predecessor ‘Bloom.’

Taking in four separate chapters, each one is dedicated to an individual and their own personal journey, and how they express themselves through art. The music on ‘In Contact’ stretched all of the band’s abilities, from the frantic speed and complexity of “Will’s Song (Let the Colours Run)”, to the immense scope and variety of the 16-minute album closer, “Graves.”

This is Caligula’s Horse at their most ambitious and progressive.

This limited double 2LP record is on 180 gram heavyweight black vinyl housed in a gatefold sleeve and comes with a bonus CD album copy, pressed in Europe via Inside Out Music. 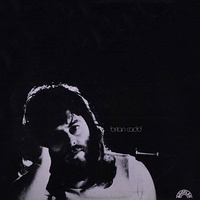