Propelled by Booker T. Jones' smoky organ and the funky guitar bursts of Steve Cropper, "Green Onions" was the first chart-topper by Booker T. & The M.G.'s which slithered across the 1962 airwaves, followed immediately by an album every bit as savory. Hot on the heels of that first MG's smash, here's a second helping, "Mo' Onions”, as well as the exquisite pop delights of "Stranger On The Shore" and the unsurpassed after-hours smoulder of "Behave Yourself”.

This album is a 2017 reissue on high definition black vinyl with remastered audio in mono, pressed in the US via Sundazed. 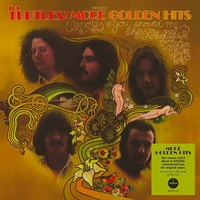