“It feels very much like the most adult record, the most complete,” says Bon Iver’s Justin Vernon. “It feels like when you get through all this life, when the sun starts to set, and what happens is you start gaining perspective. And then you can put that perspective into more honest, generous work.”

The album was nominated for Best Recording Package, Album of the Year and Best Alternative Music Album at the 62nd Annual Grammy Awards, as well as Record of the Year for the song ‘Hey, Ma’.

This limited LP record is on black vinyl housed in a gatefold sleeve with a clear slipcase, 28 page booklet and digital download code. 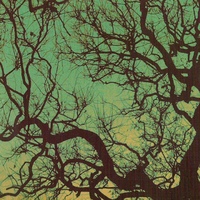