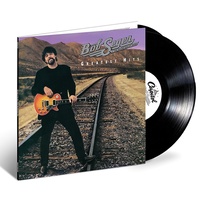 For over 20 years, Bob Seger was one of the best mainstream rock & rollers in America, developing a distinctive body of honest, hard-rocking songs. More songs than can be put on this set unfortunately.

A roots rocker with a classic raspy, shouting voice, Bob Seger started as a locally successful Detroit-area artist, inititally performing and recording as Bob Seger and the Last Heard and Bob Seger System. In 1973, he put together The Silver Bullet Band, with a group of Detroit-area musicians, with whom he became most successful on the national level with the album Live Bullet, recorded live with the Silver Bullet Band in 1975 at Cobo Hall in Detroit, Michigan. On his studio albums, he also worked extensively with the Alabama-based Muscle Shoals Rhythm Section, appearing together on several of Seger's best-selling singles and albums.

An exemplar of heartland rock, Seger wrote and recorded songs that deal with love, women and blue-collar themes, including hits, "Night Moves", "Turn the Page", "Still the Same", "We've Got Tonight", "Like a Rock", and "Shakedown", as well as The Eagles' number-one hit "Heartache Tonight".

While many of Seger's trademarks are here - "Turn The Page", "Old Time Rock & Roll", "Night Moves" – there’s still many tracks that could or should have made the cut, whether from the Silver Bullet era, or any of his pulverising early records, when he was as tough as fellow Michigan rockers the MC5 and the Stooges.

This is one time when a full double set would have held enough quality material. Nevertheless, this is a fine snapshot of Seger’s strengths and contains enough first-rate material to satisfy most fans.

This reissued double LP housed in a gatefold sleeve with reproduced original artwork is pressed in the USA on 180 gram audiophile vinyl.