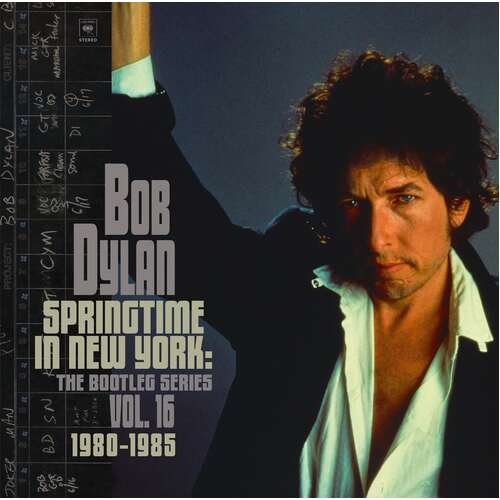 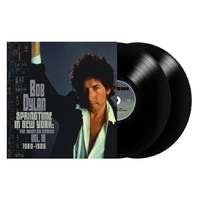 The latest chapter in Columbia/Legacy's highly acclaimed Bob Dylan Bootleg Series revisits an often- forgotten, rich vein in Dylan’s vast and complex catalogue, shining fresh light on the provocative new musical directions Dylan was taking as a songwriter and a recording artist from 1980 through 1985.

In the early 1980s, while the music industry was grappling with the arrival of new trends and technology, from MTV to compact discs to digital recording, Bob Dylan was writing and recording new songs for a new decade, creating an essential new chapter in his studio catalogue.

This double album 2LP record set of highlights is on black vinyl housed in a fold out slipcase, pressed in Europe via Columbia Records.