The bands major record label debut Dude Ranch was a success, peaking at No. 25 on The Australian ARIA Album Charts and No. 67 on The US Billboard 200. The album eventually grew in sales and was certified platinum in the US and Australia by the end of the decade.

The second single ‘Dammit’, became a rock radio hit single and helped the band gain mainstream credibility as they toured worldwide on the Vans Warped Tour. The band toured exhaustively behind the album, creating tensions which led to the firing of drummer Scott Raynor in 1998.

This limited LP record is on 180 gram heavyweight black vinyl housed in a gatefold sleeve with a digital download code, reissued in October 2016 via Geffen Records. 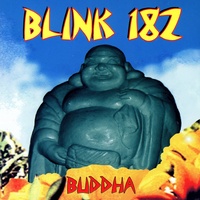