Budda was reissued by record label Kung Fu Records in 1998, deleting two original tracks for other recordings from the original session. Kung Fu has since reportedly sold 300,000 copies of Buddha. It is currently their only commercially available demo.

In 2019 when announcing the band's new album Nine, bassist Mark Hoppus stated that he counted their studio albums beginning with Buddha.

This limited LP record is on black vinyl, reissued in December 2012 via Kung Fu Records. 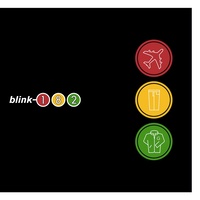