Time Is Golden is the debut album by Australian folk-rock group Big Smoke, released in October 2016 via Barely Dressed Records.

This first album from Big Smoke comes after frontman and songwriter Adrian Slattery died earlier in 2016 following a protracted battle with cancer. Indeed, the album was recorded as he underwent treatment, and it is a testament to Slattery’s resilience that Time Is Golden is mostly an uplifting collection

The band are in glorious form with intricate rhythmic explorations and spiralling, adventurous and emotive guitar playing. That, combined with lush and vibrant production, makes the album feels like an immensely emotional journey – one that laments a loved one and celebrates life in equal amounts. The single “Best Of You” is a beautiful sweeping paean to positivity which cleverly segues into it’s sequel – the brooding title track. Elsewhere, in the context of Slattery’s untimely death, “Kiss Me Once” absolutely tears at the heartstrings with it’s chorus line “Could you please kiss me once before I’m gone”.

Big Smoke’s debut album could only ever be called Time Is Golden. A fine and fitting tribute to a wonderful songwriter by his band/friends

This LP with a digital download, is a repressing housed in a gatefold sleeve and pressed in Australia on heavyweight black vinyl. 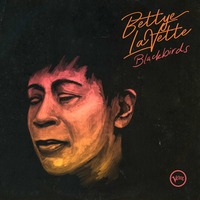