Ben Howard - I Forget Where We Were

I Forget Where We Are is the second studio album by British folk singer-songwriter Ben Howard, released in October 2014 via Island Records.

Ben Howard released his debut album Every Kingdom in 2011 to critical acclaim. The album also saw him win Breakthrough Act and Solo Male Artist at the 2013 BRIT awards.

His second album I Forget Where We Are was produced by his drummer Chris Bond and sees him produce an album with fairly long running times, with only one song clocking in at under four minutes (“In Dreams”). The album is very much a guitar-orientated album that relishes in its depth and scattered rhythms.

The album was released to generally positive reviews, with Metacritic assigning a rating of 77 out of 100, indicating “Generally Favourable” reviews.

Neil McCormick writing for the Daily Telegraph rated the album 4 out of 5 stars, writing:  “…Sometimes it is the quiet ones you have to watch out for. I don’t know quite what I was expecting from his second album but it wasn’t this. With spaced-out echoing electric guitar notes drifting in a hollow chamber before swelling into a mad rush, opening track Small Things comes over like a cross between the minimalist indie dub of the xx and ambient rock jamming of the Dave Matthews Band. Howard’s intricately picked acoustic is still in the mix, but he seems to have discovered the appeal of electric instrumentation and an effects box, conjuring metallic notes that cascade around each other, while his mournful voice is layered with shadow harmonies. I Forget Where We Were has an evocative feel, a string of songs that seem to form themselves rather than being transcribed from a songbook. The sensibility is darker, richer and stranger. If it lacks the definition of his debut, it evokes something much more ambiguously potent.

You can still hear Howard’s debt to the wispy melancholy of Nick Drake, married to the intricate guitar skills of Bert Jansch and rhythmic effects of John Martyn (who would have been pleased with She Treats Me Well).

Drummer and producer Chris Bond makes his presence felt with a subtle sense of underlying rhythm that never occupies more space than necessary. Closing track All Now Is Harmed is a dark beauty, building through chanted vocal into something quietly epic, then slowly dying out with the kind of single echoed notes that open the album. It’s an impressive, tantalising work from an artist who has dared to take the path less travelled…”

The album reached #1 on the UK and #9 on the Australian Albums charts. 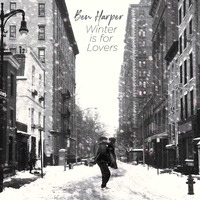