Sea Change was recorded with producer Nigel Godrich, who had achieved great success as a producer with Radiohead. The album features themes of heartbreak and desolation, solitude, and loneliness.

For the album, much of Beck's trademark cryptic and ironic lyrics were replaced by simpler, more sincere lyrical content. He also eschewed the heavy sampling of his previous albums for live instrumentation. Beck cited the breakup with his long-time girlfriend as the major influence on the album.

Sea Change peaked at #8 on the US Billboard 200 albums chart and #15 on the Australian albums charts.

Sea Change was met with favourable responses from critics, who considered Beck's transition from sonically experimental work to emotionally charged balladry to be successful and convincing. The album later appeared in many publications' lists of the best albums of the 2000s, and is one of Beck's best-reviewed recordings. "Lost Cause" and "Guess I'm Doing Fine" were released as singles from the album.

This double album is a 2016 reissue on 180 gram heavyweight black vinyl housed in a gatefold sleeve with a download code, pressed in Europe via Geffen Records. 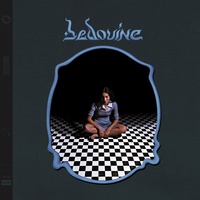