The Best Damn Thing is the second studio album by Canadian singer songwriter Avril Lavigne, originally released in May 2004 via Arista Records.

The third studio album by Aviril Lavigne, The Best Damn Thing represents a musical departure from her previous studio album Under My Skin, which incorporates more elements of post-grunge music.

The Best Damn Thing is seen by critics as Lavigne's most commercial album and was noted as her first effort to feature a wide range of producers for the studio album, including Matt Beckley, Rob Cavallo, Dr. Luke and Lavigne herself.

The album received positive reviews from music critics, many praising her transition from grungy alternative rock music to more pop-punk music, with it being catchy and very radio-friendly.

The album debuted at number one in charts from the US, Austria, Canada, United Kingdom and many other countries. The album became one of the best-selling albums of 2007.

Four singles were released from the album. Its lead single "Girlfriend" peaked at number one on the US Billboard Hot 100. The single also reached number one in twelve other countries across the world including Australia, Canada and Japan, making it one of the best-selling singles of 2007 worldwide. Other singles; "When You're Gone", "Hot" and "The Best Damn Thing" were successful around the globe.

2017 marks the 10th Anniversary of The Best Damn Thing, and the album was released on vinyl for the first time.

This album is a 2017 reissue on 180 gram audiophile black vinyl housed in a gatefold sleeve with 4 page insert, pressed in Europe via Music On Vinyl. 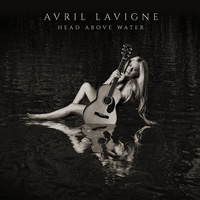