The album debuted in the Top 5 in album-charts of the US, Canada, Japan, China and many other countries.

Five singles were released from the album. Its lead single "Here's To Never Growing Up" peaked at number one on the in Taiwan and The Philippines. Other singles, including the duet with Chad Kroeger "Let Me Go", "Rock n Roll", "Hello Kitty" and "Give You What You Like" became successful international hits.

This album is a 2018 reissue on 180 gram audiophile black vinyl housed in a gatefold sleeve with 4 page booklet, pressed in Europe via Music On Vinyl. 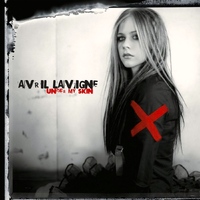