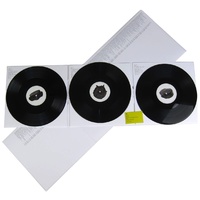 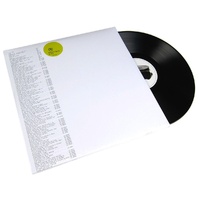 Richard D James, known by his stage name Aphex Twin, is an Irish-born English electronic musician and composer. He is known for his influential and idiosyncratic work in electronic music styles such as IDM and acid techno in the 1990s, for which he won widespread critical acclaim.

Initially releasing acid and techno music as AFX and other aliases, James first received widespread acclaim for his 1992 album Selected Ambient Works 85-92 and his subsequent 1994 release Selected Ambient Works Volume II. He rose to mainstream popularity with his 1997 EP Come to Daddy and his 1999 single Windowlicker.

SYRO is his first studio album release under the name Aphex Twin in 13 years since Drukqs (2001) and his first album of new material since Analord (2005). The album is also his first official release as Aphex Twin since Chosen Lords (2006), a compilation of tracks from the Analord series.

Recorded over a period of several years in various studios—including James' own studio in rural Scotland—SYRO features 12 tracks and incorporates several subgenres of electronic music including techno, glitch, jungle and ambient. The album also features edited vocal tracks provided by James and his family.

SYRO's cryptic promotional campaign included an announcement made available only on the Deep Web, as well as several press releases in broken English and events in various international cities.

SYRO's cover artwork was designed by the Designers Republic, a graphic design studio that provided designs for previous Aphex Twin releases. The cover art resembles a receipt, with the official Aphex Twin logo and album title printed upon it.

Upon its release SYRO received widespread acclaim from music critics and placed in several international charts, as well as earning a nomination for the Choice Music Prize and winning the 2015 Grammy Award for Best Dance/Electronic Album. It was nominated for the 2015 Mercury Music Prize. At Metacritic, which assigns a normalised rating out of 100 to reviews from mainstream critics, SYRO received an average score of 86, based on 36 reviews, indicating "universal acclaim".

This is a triple album 3LP Record set on black vinyl housed in a six panel gatefold cover with inner sleeves and a digital download code, pressed in Europe.