The band's debut album An Awesome Wave was released in 2012, and won the 2012 British Mercury Prize. Gwil Sainsbury amicably departed the band in early 2014. Their second album, This Is All Yours, was released in September 2014 and went straight to UK number one. As a replacement for Sainsbury, Cameron Knight became a supporting member for alt-J's live shows, playing guitar, bass and sampler. Alt-j have continued as a trio.

Relaxer was produced by Charlie Andrew, who also produced alt-J’s previous albums, and recorded in London from late 2016 through to early 2017.

Six of the album's eight tracks feature strings arranged by alt-J and performed by the London Metropolitan Orchestra. "House of the Rising Sun" is a rearrangement of the traditional folk tune with additional verses from the band. "3WW" and "Deadcrush" feature guest vocals from Ellie Rowsell of Wolf Alice and "Last Year" features guest vocals from Marika Hackman, who sang on alt-J's previous album.

The album art and other promotional art for Relaxer is taken from a video game made specifically for the band by Japanese artist Osamu Sato. It was inspired by Sato's 1998 PlayStation video game, LSD, and was made available to play on the band's website.

This LP record is on black vinyl housed in a gatefold sleeve with inner sleeve and digital download code, pressed in the UK. 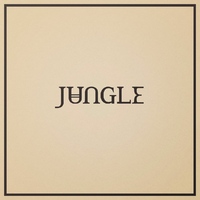