Alien Nosejob - Suddenly Everything Is Twice As Loud

Suddenly Everything Is Twice As Loud is the third album by Australian rock musician Alien Nosejob, released in January 2020 via Anti Fade Records.

Alien Nosejob is a rock music side project by Australian musician Jake Robertson (Ausmuteants, Hierophants, The Frowning Clouds), and his third album under the Alien Nosejob moniker is another venture into DIY bedroom-bound skewed experimental pop with the vision of Jake at the heart of it.

Suddenly Everything Is Twice As Loud is twelve tales of tape recorded nonsense for planet earth to behold. Jake Robertson has given up waiting on others to rock up to practice, write their parts, tune their instruments, etc, etc. Alien Nosejob has taken to the studio in solitude to do the whole writing, performing and recording process himself. He explains below:

"I first have to demo the songs, then re-record the demo with a corrected structure, save it as an mp3 with a ten second intro of silence so I have enough time to run to the drum kit after I hit record on the 4 track. I then have to bounce the drums back to the computer only to send it back to channel 1 of the 4 track so I can re-record the other tracks on the remaining tracks. That arduous task combined with constantly asking myself if the songs are worth the effort makes the whole process feel like drowning in milk. But I hope ya like the album!!"

This album is on standard black vinyl with a printed insert and download code, limited to 500 copies, pressed in Australia (vinyl manufactured in the UK). 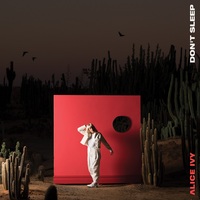