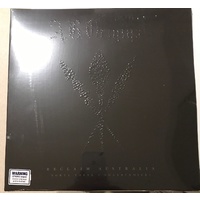 A.B. Original is an Australian hip hop duo made up of Briggs and Trials. A.B. Original stands for Always Black, Original. Both members are Indigenous Australians; Briggs is a Yorta Yorta man and Trials is Ngarrindjeri. Their music is overtly political and has been described as "angry, polemical, brutally frank and meant to inspire a response, good or bad".

A.B. Original sure don’t half step. Evident right there in the album title (a double entendre reference to a hate group) and throughout their fist-raised debut, the duo strangle the status quo with their socially conscious flip of Nineties West Coast gangster rap.

Bookended by a baton-pass intro with indigenous leader Archie Roach and a soulful closing cameo from Gurrumul, A.B. Original share more than just aesthetics with the G-funk era, swaggering and smirking like a heyday Ice Cube, as they deliver plainspoken punchlines of both poignancy and humour, all antagonistically aimed to “hit you with that Andrew Bolt of lightning” – as Trials boasts on “2 Black 2 Strong”.

This is revolution rap at its best. Protest and pride split duties as the pair cover ground from systematic racism (“Call ’Em Out”, with a chilling sample of Lang Hancock’s sterilisation plans) to police abuse (“Report To The Mist”) to the impact of Australia Day celebrations on indigenous people (radio-ready “January 26”, complete with the unusual rhyming couplet “I remember all the blood and what carried us, they remember 20 recipes for lamingtons”).

On an album of such purpose and immediate accessibility, the only risk is if the trunk-rattling beats and ante-up hooks distract from the powerful messages, rather than enable them. If Reclaim Australia offends you, then listen to it on a loop until you wake up from your fragile grip on reality.

This double album 2LP record set is on black vinyl housed in an embossed gatefold sleeve, pressed in Australia.