Hell Breaks Loose marks a kind of catharsis for an artist now something of a veteran among Australia’s alt-country community. Not only was this his first LP since his well-documented divorce from Kasey Chambers in 2013, he also had to confront a case of songwriter’s block, overcome by an inspiring trip to Central Australia. Not that there is much sense of that locale or culture on the unhurried, introspective Hell Breaks Loose, which sits back without pretension or much complexity, making for a disarmingly interesting listen.

Nicholson is never likely to reinvent the genre, yet this is far from formulaic country-rock. An array of sombre ballads (aided by some very pleasant piano parts) is balanced by more dynamic songs such as “When The Money’s Gone”. Another highlight is an impressive example of Nicholson’s melodic gifts, “You And Whose Army”.

Nicholson’s lyrics, which address his split from Chambers on “Single Fathers” and with some feeling on “Weight Of The World”, are more direct than poetic, while one of his great strengths, that of economy, is sustained here with few songs exceeding three minutes, an almost punk-like insistence on not overindulging an idea. It makes for a sharp, precise record in both music and message that stands alongside his best work.

This album is on black vinyl, pressed in Australia via Lost Highway. 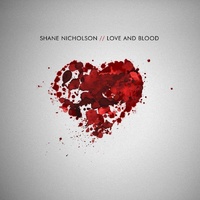