Skins is one of the projects xxxTentacion was working on before his death, and was released posthumously. The lead single, "Bad!", was released in November 2018 and reached #16 on the US Billboard Hot 100 and #31 on the Australian singles charts. The album's features include Travis Barker of Blink-182 and American rapper Kanye West.

Although the album received mixed reviews from music critics upon release, with criticism aimed at the album's short length and "unfinished" nature, it was a commercial success, debuting at #1 on the US Billboard 200 albums chart, making it xxxTentacion's second US number-one album. In reality it is probably unfair to criticise the album as being “unfinished” as that is the reality of the nature of the recordings and untimely passing of xxxTentacion in June 2018.

This album is a limited edition on translucent blue with black splatter coloured vinyl housed in a gatefold sleeve with printed insert and download card, pressed in Canada via Bad Vibes Forever. 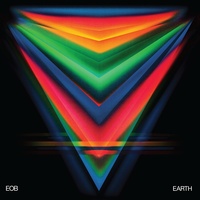